The chapel is empty. Words by me, sounds by Akousitk Timbre Frekuency. Available from Highbrow Lowlife and Trapart. 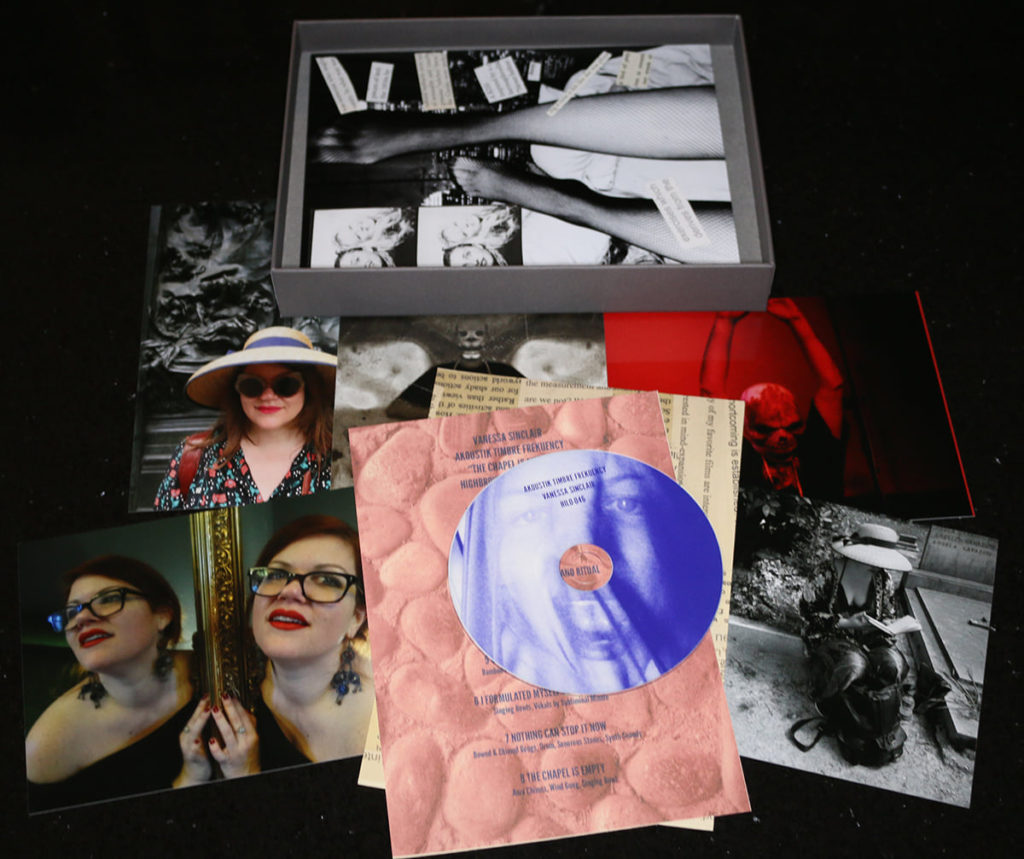 To hear a sample of the album, check out Nothing can stop it now on YouTube.

Lunacy (OST) with Carl Abrahamsson is now available! Lunacy is the original soundtrack to our film of the same name, which is available on DVD and Vimeo on Demand.

Cut to Fit the Mouth is a collaboration with Swedish writer/artist Carl Abrahamsson, available on cassette from Trapart in Europe and Arcana Machine in the US and digitally via Highbrow-Lowlife. And reviewed in The Wire. 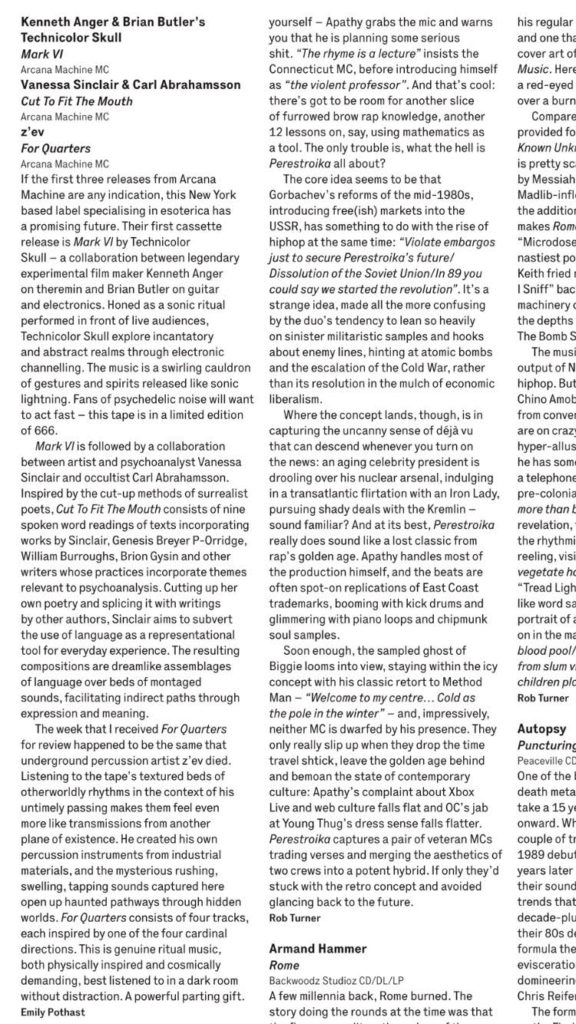 It Started with the Alarm is an in-depth collaboration with UK musician/producer Sheer Zed. It’s a forceful mix of ambient sounds and pounding techno, all setting the pace for Sinclair’s evocative cut-ups and poetry. The rhythms and syncopations by Zed become meshed with Sinclair’s deep twists and turns. The result is a psychedelic journey to the end of night, and onwards. This album was released by Highbrow Lowlife and is available on all major online platforms.

The following is a select list of remixes & compilation albums:

Most recently I contributed a track to the compilation xperimental vocalism vol II, a gorgeous album bringing together spoken word and vocal pieces from artists all over the world. My contribution Belle de Jour is a taste of an upcoming album Carl Abrahamsson (music) and I have created for Lady Jaye Breyer P-Orridge.

Also from the same label, The Dizzy Scouts have remixed my vocals in Endless Possibilities.

Between the Bowels and Insanity is part of the compilation Dyer’s Pledge created in support of Vansinnets Berg (The Mountains of Madness) bookshop, Göteborg.

Small Deviations with Akoustik Timbre Frekuency was released by Sombre Soniks as part of Do What Thou Will vol II.